Updated copies of the book "Beckenham", written by Eric Inman and the late Nancy Tonkin are now available, having been published in hardback in 2002, at £19.49 (including £2.50 postage). These are available direct from the author, Dr Eric Inman. For Members who were unable to attend the Reunion, Dr Inman will sign and date copies of his book to commemorate the First Clare House Reunion on 12th October 2002.

Copies of the Spring Vale Cine and Video Society video of the first Reunion are still available from SVCVS at these prices, which include postage and packing:

Cheques or banker's drafts should be made payable to Spring Vale Cine and Video Society and drawn in sterling on a bank in the United Kingdom. Please contact Derek Toft of SVCVS to place your order.

On 12th October 2002, the Clare House Association became a real Association, with Members meeting to remember the School and the part it played in their lives.

There were around twenty former Clare House pupils, and several wives and partners at the Reunion.  We are very pleased that Clare House Primary School made their facilities available to us. We are also proud to have had the involvement of the Beckenham Historical Society, the Beckenham Photographic Society and theSpring Park Cine and Video Society to record the event for us.  The Association is grateful to these organisations for giving their time to us. Click on the highlighted links to go to the web sites of those societies. They will open in another window.

The Association invited the Head of Clare House Primary School to unveil a plaque, donated by James Alcock, commemorating the Preparatory School.  This plaque hangs in the foyer of the Primary School for all to see. After this, the first group photograph since 1970 of former Clare House Preparatory School pupils was taken.  This and other pictures can be seen in the Members' area.

All the photographs, a CD and a copy of the video can be ordered by Members through the Members' area.

Members then enjoyed a roast beef dinner with wine.  Toasts were proposed to The Queen and to the Clare House Schools, both old and new. After dinner, a group of Year 6 children performed a play specially written for this occasion by James Alcock, entitled "The Clare House Time Machine".  The play featured the Preparatory School and the Primary School, symbolising the link between the two.

The formal part of the evening was concluded by short speeches by the Chair, the Vice-Chair and the Head of Clare House Primary School, followed by a short slide show presented by Peter Walker (Form II, 1970). 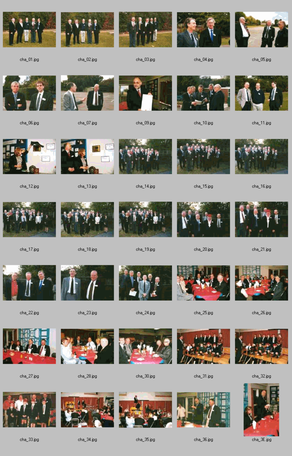 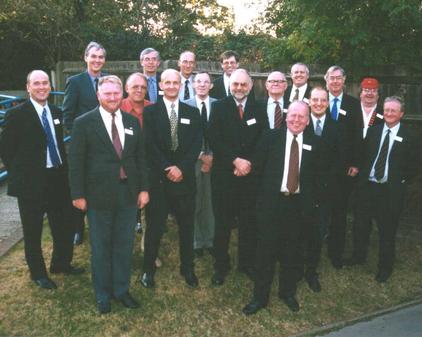 A meeting of the Committee was held before the Reunion itself.  The main point from the meeting was that the Committee thought that it would be right to abandon the formal structure of the Association, especially as a significant number of those on the Committee were now living abroad.  Attempts to use Internet communication, such as Windows Messenger and Skype for Committee matters had not been particularly successful, due to time differences and the required connectivity.  The use of a bulletin board for the Committee had been more successful, but not particularly convenient to use.

As the Association has continued to attract steady interest through its Web site, the Committee thought that there was a role for the Association to co-ordinate a social meeting once a year in London.

A small number of members met at Ye Olde Cheshire Cheese, Fleet Street, London on 6th October, where they enjoyed a few drinks and several of them stayed later to enjoy an excellent meal with wine.

We took the opportunity to recall many of the things that had happened to us since leaving Clare House School and got ourselves up-to-date with each others' present situation. It was a pleasant evening, which drew to a close around 10.00 pm.

Those present during the day were Peter Barclay-Jones and his wife, Georgina, Robert Hudd, Andrew West, Chris Walker and Nick Randell.

We arranged that there would be an annual social gathering for members and their families on the first Saturday of October each year at the Charing Cross Hotel, The Strand, London, WC2N 5HX for lunch (at Members' expense) at 12.00 noon.

We look forward to seeing as many of you as possible on these occasions.

Photographs of the First Reunion may be ordered from the Association, either prints or on a compact disc. Photographs and CDs are available for Members to purchase.

Clare House Association polo shirts are available on request from James Alcock. These are available at £20.00 each (including postage) in sizes M, L, XL approximately two weeks from the date of order.  The shirts are red, matching the Preparatory School's colours, with an embroidered logo of the School's original blazer badge. Reproductions of the original red school cap with the embroidered school logo are also available from James Alcock for £5.00 each. 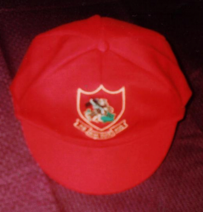 ​Contact us for prints of any of these pictures 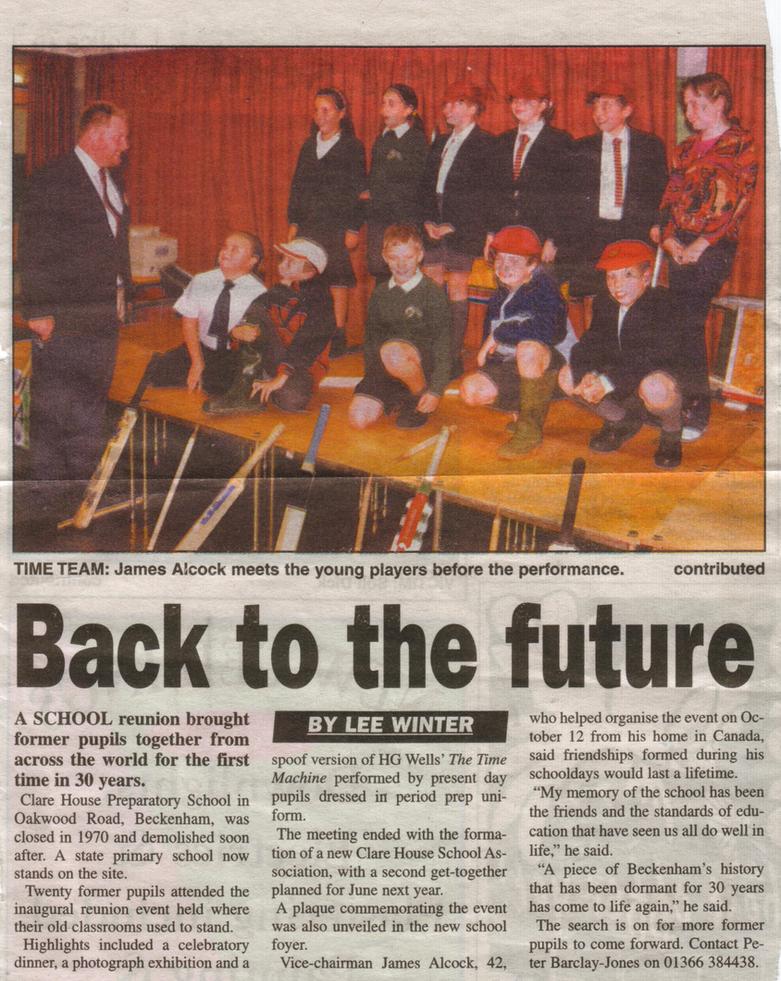 Here is an article in a local Beckenham newspaper reporting on the first Clare House Preparatory School Reunion in 2002.